The accident was two years ago today. It was a Friday. I had just taught two back-to-back yoga classes at the beautiful beach club. I was heading south on A1A, the palm tree and condo lined road that hugs the ocean on the east coast of Florida. Blue skies. A breezy clear, gorgeous day. I was supposed to meet a friend for lunch, but when I came out of class, there was a message that she’d canceled. Driving down the road, I tried another friend and got her voicemail. “Oh well, I guess I’ll just go home,” I thought, looking forward at the road. I tossed my phone onto the passenger seat, done with it. I don’t like to drive and talk, and that car didn’t have hand’s free.

Up ahead, I saw a pedestrian tentatively stepping out into the crosswalk. There are pedestrian crosswalks all along A1A. I saw her, and slowed to a stop. And I thought, “I should not have just been on my phone. What if I had been distracted and missed seeing her step out?” I vowed not to talk and drive in the future. We made eye contact, she waved thanks.

She got across my lane, and as I took my foot off the gas,

I’d never heard an airbag detonate, but somehow I knew that’s what it was. I also knew it wasn’t my airbag. I smelled something hot, and I saw blue sky as the front of my car lifted up into the air. My head lurched forward and snapped back as the car bounded down to a stop.

I was coherent enough to know I’d been hit. I was coherent enough to remember that someone hit one of my husband’s co-workers and ran off and I needed to get the license plate of whoever hit me. I grabbed an envelope from the car floor and a pen from my purse, and stepped out of the car, ready to get the information before they sped away.  I felt a brief sense of vengeance.

Upon seeing their car, I knew they weren’t going anywhere. It was smashed. A guy got out of it and said he was sorry and asked if I was okay. I assured him I was. And then, my legs felt weak. I went back to my car and sat down in my driver’s seat, with my legs out the door. Two women came over to me. One was the woman that had just crossed the street when I stopped for her. If I’d been hit five seconds earlier she likely would have been killed. The other had been either jogging or riding her bike. She’d heard the crash and ran over to help.

My head started to spin. I felt stoned. I remember the woman, the jogger/biker telling me I had to call 911. I knew she was right, but couldn’t figure out how to dial the cell phone in my hand. It took real concentration. I finally got my fingers to do what my brain was telling them to do.

Then I called my husband. Dialing was so confusing. And he was also confused. He was working nights at the time. He’d been in a deep sleep. But he said he was on his way, and so I felt safe. I knew he would handle things.

The women looked angelic to me, and I told them so. And I knew I sounded a little crazy, but that’s how I felt at the time. (If you see an accident and you stop and stay with the person until help arrives. You are an ‘effing angel. Face it. Own it).

The police and firetrucks were there. They took my keys and moved my car out of the middle of the road. They asked me if I was okay, and I assured them I was. I mean, I just got crashed into but look…I am not bleeding. I am able to walk. I’m fine. FINE!

I got into the back seat of my car and trembling, I waited for Todd.

He got there, and he handled it. He talked to the police. He got the insurance info. As it was all being handled, I felt myself drifting into sleep. Losing consciousness. I could vaguely hear everyone handling everything, but felt like maybe I’d just lie down and take a little nap. And the nurse in me was saying, no don’t do that. Don’t go to sleep. But I really, really, wanted to. I started to.

And then Todd was there again, and he told me to get in his car, no no we don’t need the hospital I said. I just wanted to go home.

And everyone thought I was fine. Because I said I was. Because I could walk right? And no broken bones. And yes, I probably had a concussion but what would they do for that anyway? Not a thing. I just needed to rest.

And Todd went to work that night, after making dinner and doing all the stuff. I was to lay low. Light duty.

After he left, I got out my yoga mat and began to explore. How hurt was I? From head to toe I assessed, moving gingerly. Everything hurt. My head ached. My neck hurt the most. I put ice on it when I was done with my exploration.

I took the dogs out around 11PM, and marveled that I could walk down the stairs in the apartment. I walked slowly, but look! My legs worked. My back wasn’t broken. I was in a state of reverence and a bit out of time/space reality.

The words, “I stopped at a cross walk for a pedestrian,” repeated over and over in my mind.

A car hit me from behind full on, without ever hitting the brakes. No skid marks on the road. It was a miracle I was okay. I figured I’d be sore for a few days. 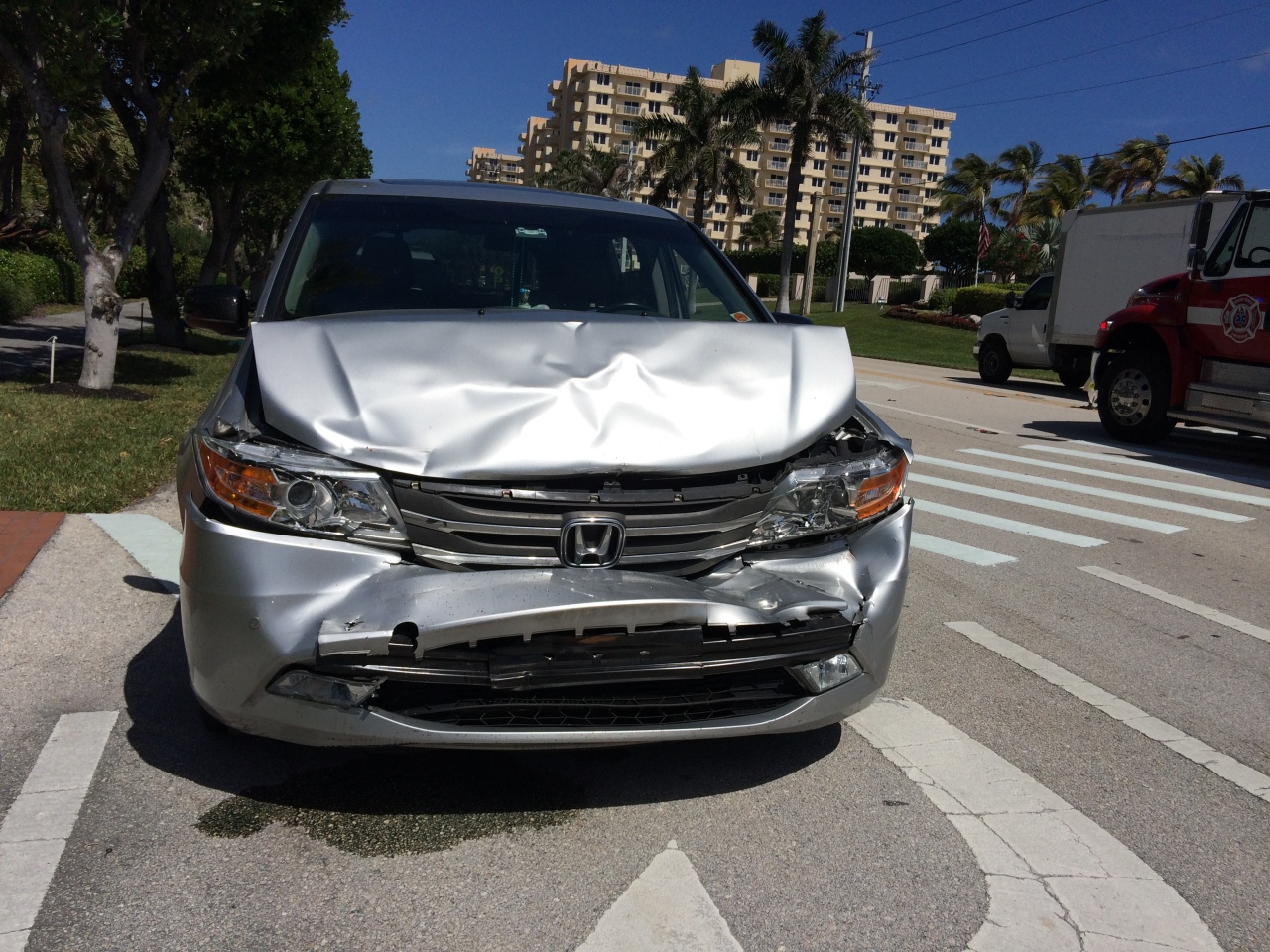 I had no idea what had just happened, or how much it would affect my body, and my yoga practice forever.